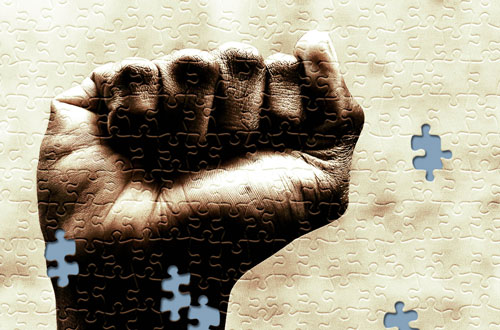 Questions of identity and their relation to racism and oppression are centre stage in these divided and dangerous times.

Videos of the day:

Professor Tahir Abbas: Assistant Professor of Security Studies at the Institute of Security and Global Affairs of Leiden University at The Hague and Visiting Senior Fellow at The London School of Economics and Political Science. His current research interests are the intersectionality of ethnicity, Islamophobia, radicalisation and terrorism.

Esme Choonara: member of the International Socialism editorial board and co-author of Say It Loud: Marxism and the Fight against Racism.

Rob Ferguson: Author of Antisemitism, the Far Right, Zionism and the Left.

Hassan Mahamdallie: playwright, author and deputy editor of Critical Muslim. Hassan worked as a campaigning journalist, covering major events including the Stephen Lawrence inquiry, state injustices and black deaths in custody and was a senior strategist at Arts Council England for nine years.

Ken Olende: Researching a PhD on “Rethinking ‘blackness’ as a racial identity” at Brighton University. He has previously worked as a tutor for the Workers’ Educational Association, a journalist on Socialist Worker and editor of UAF’s Unity magazine.

Selma Oumari: anti-racist activist and member of the NPA in France.

Brian Richardson: barrister and editor of Say It Loud: Marxism and the Fight against Racism and Tell It Like It Is: How Our Schools Fail Black Children.

Professor Gurnam Singh: a leading thinker on “race”, racism and anti-racism in higher education. His current research focusses on reducing differentials in student attainment and decolonising the curriculum.

Say it Loud! Marxism and the Fight Against Racism (various authors).

Interview with Gary Younge: the contradictions of identity

Islamophobia: the othering of Europe’s Muslims by Hassan Mahamdallie

Antisemitism and the far right today by Rob Ferguson

Jews and the Left: the Rise and Fall of a Political Alliance and The British Left and Zionism: History of a Divorce, reviewed by Miriam Scharf

Taking on the far right by Sally Campbell

The Gentrification of African Studies by Haythem Guesmi

Politically black is back by Antony Hamilton

Marx at the Margins by Kevin B Anderson, reviewed here by Ben Selwyn

Marx and race: a Eurocentric analysis? by Ken Olende