As noted in our analysis piece, New Left Review is one of the few socialist journals that shares a similar outlook to International Socialism on the conflict in Ukraine. This is reflected in its excellent double issue, which contains articles on the war from Susan Watkins, Tony Wood and Volodymyr Ishchenko, all of which are well worth a look. The same issue also contains Evgeny Morozov’s critique of “techno-feudalism”, a trendy, but ultimately lazy, concept that recycles old analyses of online platforms and badges them as evidence for a new emergent form of feudalism. As Morozov suggests, the real challenge is to analyse these developments as an important element within contemporary capitalism, rather than invoking strained analogies with feudalism to try to explain the logic of Google, Uber and Amazon.

Staying with the theme of technological change, Phil Taylor, one of our recent contributors, and Debra Howcroft have written an article entitled “Automation and the Future of Work: A Social Shaping of Technology Approach” for a special issue of New Technology, Work and Employment (https://doi.org/10.1111/ntwe.12240). This is a useful contribution, showing the long history of predictions of a paradigm-shifting transformation of work due to automation. It argues against the technological determinism that often accompanies such accounts, instead proposing a version of the “social shaping of technology” approach, drawing on Marxist and other radical perspectives.

We recently published on our website a debate on Ukraine between Gilbert Achcar and Stathis Kouvelakis, which began with a contribution from Kouvelakis in the French journal Contretemps. This piece (http://isj.org.uk/anti-imperialism-a-reply-to-achcar) echoes many of our own points about the war and reaches similar conclusions. Kouvelakis has a long history as a socialist activist and author, producing books such as Philosophy and Revolution: From Kant to Marx (Verso, 2003) and co-editing a Critical Companion to Contemporary Marxism (Haymarket, 2009). Now, at the prompting of a French publisher, Kouvelakis has produced an autobiographical reflection on his involvement in a range of struggles. These include his participation in the 1986 student movement in France and more recently in Greece during the breakthrough and later capitulation of the radical left Syriza party. The piece, which is entitled “Beyond Left-wing Melancholia: Reflections on a Militant Trajectory”, has been translated by Verso Books and can be read on their blog (www.versobooks.com/blogs/5316-beyond-left-wing-melancholia-reflections-on-a-militant-trajectory).

Tomás Rotta has established himself among the most interesting academics working in Marxist political economy. His article in New Political Economy, “Bitcoin as a Digital Commodity” (https://doi.org/10.1080/13563467.2022.2054966) shows that cryptocurrencies should not really be considered a form of money, but rather a commodity produced for profit. However, given that Bitcoin is produced without inputs of living labour, he argues that the profits gained from producing and trading it are “redistributions from the global pools of value-added and liquid wealth in the world economy”.

Historian of science Helena Sheehan has written a short but stimulating article in the May edition of Monthly Review about the “dense and dramatic” story of Marxism’s relationship to science (https://monthlyreview.org/2022/05/01/marxism-science-and-science-studies). Sheehan starts with Karl Marx’s and Friedrich Engels’s engagement with science before looking at the debates about the philosophy of science that played a central role in the intellectual life of the Russian Revolution. She also draws upon her own experience as a radical scientific thinker attempting to come to terms with the ideas about science thrown up by the New Left in the 1960s.

Marxism has made strong claims about the socio-historically situated character of science—how capitalism shapes and even distorts scientific endeavour—while always affirming the validity of the scientific method. This creates a certain tension at the heart of Marxist accounts of science. Because Marxism perceives the world as an interconnected totality, it necessarily sees science as enmeshed with economic systems, political movements, ideological trends and culture. Yet, it simultaneously views science as a pathway to real knowledge about nature. As Sheehan explains, this tension has been an animating factor in the development of the Marxist philosophy of science. This is perhaps best exemplified by Soviet physicist Boris Hessen’s paper about Isaac Newton, delivered to an international conference in 1931 where Hessen was part of a delegation led by Nikolai Bukharin. There, Hessen located Newton’s ideas in his material and political context: the rise of English capitalism and the class compromise embodied in the 1688 “Glorious Revolution”. At the same time, he was absolutely insistent on the “cognitive credibility” of Newtonian physics. 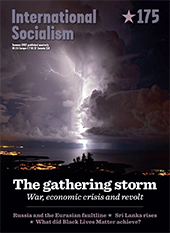