Thank you to all the speakers, chairs, contributors, stallholders and helpers who took part in this conference. Here is a photo of the opening session and videos of all the speakers 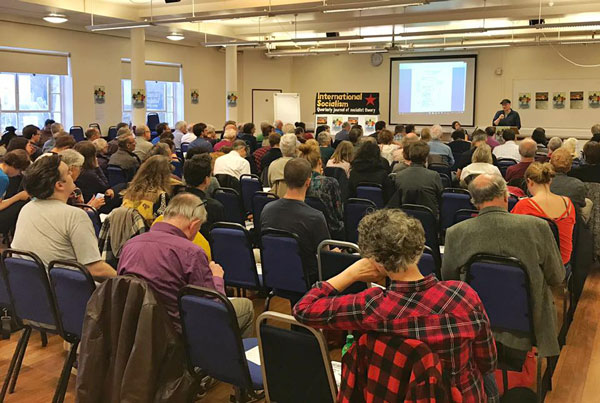 Capitalism’s thirst for profit is leading to climate change, pollution, species extinction and the depletion of natural resources at alarming rates. Despite promises made at the Paris COP21 conference in December 2015, global solutions rest on market mechanisms that offer little promise of success.

The ideas of Marx and Engels were once dismissed as irrelevant to contemporary environmental issues. But recent scholarship has demonstrated the profound ecological implications of their thinking.

The idea that we are living in the Anthropocene- a new geological epoch defined by human influence- has further highlighted the urgency of the situation and caused Marxists to rethink the role of science and scientists in radical politics and even caused us to rethink what we mean by “nature”.

The Anthropocene question itself raises other debates. Are all humans to blame for climate change? How can anti-capitalist politics inform the discussion? Can the environmental crisis be solved under capitalism? What is the role of science under capitalism?

This one day conference explored the relevance of Marxist ideas to our understanding of environmental issues, discuss the specific reasons why capitalism is so destructive and debate different approaches to science and nature. 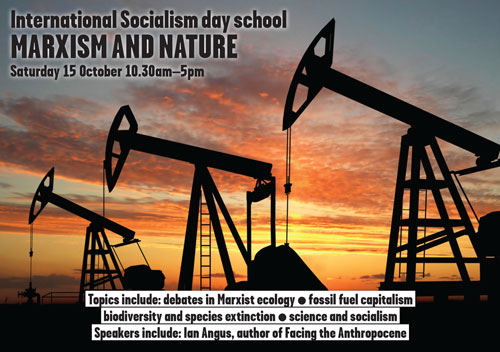 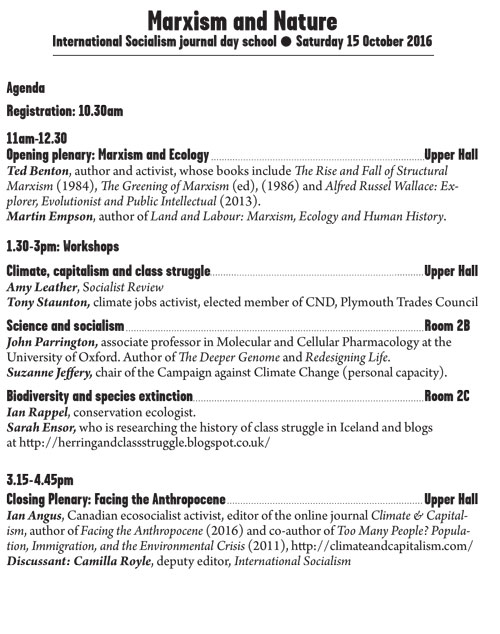 Some recent articles from International Socialism on environmentalism, climate change, science and nature

Marxism and the Anthropocene by Camilla Royle

Up Against the clock: Climate, Social Movements and Marxism by Suzanne Jeffery

Two Books that Swim Against the Tide by Sarah Ensor